Pop down to The Elephant – British Pub in the heart of the East End and try the authentic and fully imported Fuller’s offerings. Fuller’s Brewery is an independent, family-run brewery founded in West London, England.

Adelaide woman Tanika Prowse poured her way to victory at the National Guinness Pouring Championship in Sydney, and won a trip for two to Ireland, representing South Australia and The Elephant British Pub in Adelaide.

Tanika had to pour the perfect Guinness against four other state champions in front of four expert judges and a boisterous grand final crowd at PJ O’Briens in Sydney this week.

The event was hosted by the Beer Diva – Kirrily Waldhorn (http://www.beerdiva.com.au/), on behalf of Lion – who own the rights to produce, distribute and market Guinness in Australia.

Tanika works as The Elephant’s full-time Function & Event Coordinator and gets plenty of practice perfecting her pouring technique – with Guinness regularly in The Elephant’s top three most popular draught products.

“It’s a great honour to win this award for South Australia and The Elephant. It was a very lively atmosphere, but the trick is to stay relaxed and focus on the job at hand. You can’t think too much about it. It just has to flow naturally,” said Tanika.

“Anyway, I knew I’d already done the hard yards with plenty of practice pours at The Elephant. I can’t wait to get to Ireland, the spiritual home of Guinness, and further finesse my technique.” 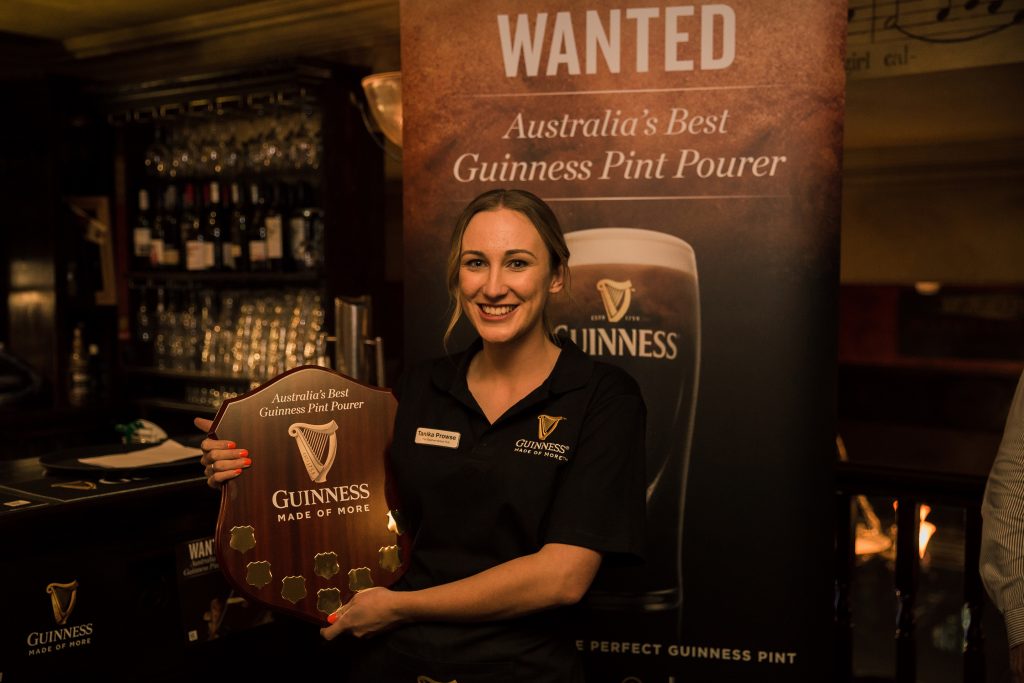 Stasher is a luggage storage solution for tourists which is now available at The Elephant. Click on the ‘Stasher image’ to book your luggage in now.